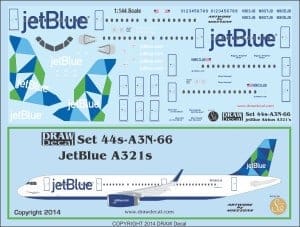 In the late Fall of 2013, jetBlue Airways began taking delivery of its first Airbus A321s.  The initial order for 30 aircraft was actually a conversion of previously ordered A320’s to A321’s.  To celebrate the new fleet type, jetBlue has introduced a new tail design for the A321 fleet. 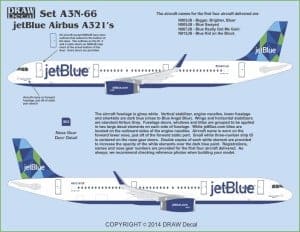 This set is available in 1:144 scale for the Revell kit and in 1:200 scale for the Hasegawa kit.  Click on either image to be linked into our store site.

Following its merger with Northwest Airlines, Delta Air Lines once again became an Airbus operator.  Even before the two airlines were officially combined on a single operating certificate, aircraft began getting repainted in Delta’s colors.  This decal provides the markings for any of the Airbus A330-300 aircraft in the fleet.

This decal is available in both 1:144 and 1:200 scale, click on either image to be linked into our store site. 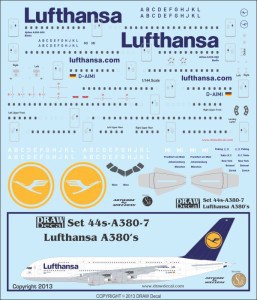 With the delivery of its first Airbus A380 in May 2010, Lufthansa’s flagship was an aircraft other than the Boeing 747 for the first time in over 40 years.  This decal provides the markings for Lufthansa’s fleet of “Supers” and includes registrations and ship names for the entire Lufthansa A380 fleet. 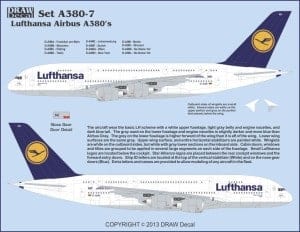 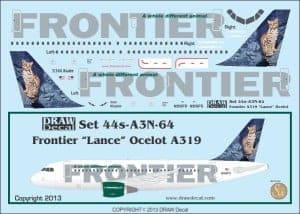 Denver, Colorado based Frontier Airlines was purchased by Republic Holdings in 2009.  Frontier continues to operate as its own entity, and each aircraft has a unique animal on its tail.  This set is for Airbus A319 N919FR which has “Lance” the ocelot on its tail. 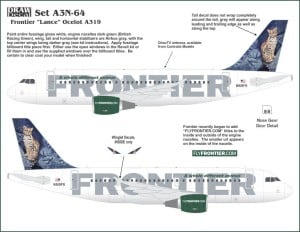 This set is available in both 1:144 and 1:200 scales and joins our other Frontier celebrities Stu, Sheldon, Rudy, Chloe, Polly and Hamilton in our line. 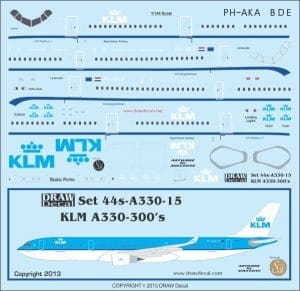 After adding Airbus A330-200’s to its fleet, KLM Royal Dutch Airlines has begun taking delivery of larger A330-300’s.  The A330’s are part of fleet renewal program to replace older aircraft, and have been delivered in KLM’s new livery.  This decal provides the markings for the four A330-300’s currently in the fleet.