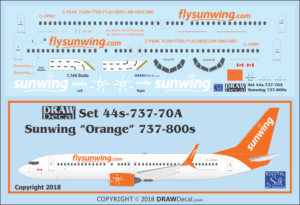 Sunwing vacations started their own, in-house airline in 2005 using two leased 737-800s. In 2015, Sunwing updated their livery to an all-orange scheme. Our decal depicts this updated “orange” Sunwing scheme on their 737-800s.  We also offer the previous, original Sunwing scheme in a completely updated decal.  Our latest offering is available in both 1:144 and 1:200 scales, click on either image to be linked into our secure store site. 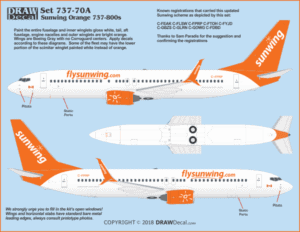 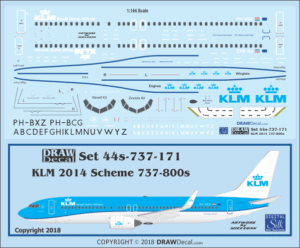 In 2014, KLM Royal Dutch Airlines introduced a revision to its livery. The first aircraft to wear the scheme was an Embraer E190. Other types are being repainted and new frames delivered in these colors. This decal provides the markings for the new KLM color scheme for the 737-800. Aircraft in the 737 fleet at KLM are named after birds, and our decal includes all ship names and corresponding registrations for the KLM 737-800 fleet.  Our KLM 737-800 decal is available in both 1:144 and 1:200 scales, click on either image to be linked into our secure store site. 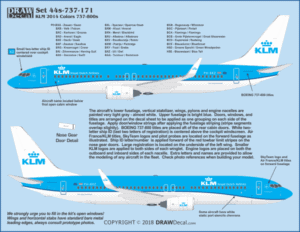 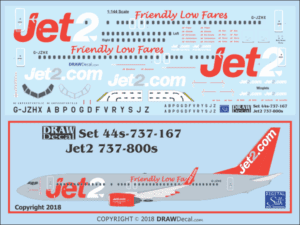 Jet2 is a British low-cost airline at Leeds / Bradford Airport in the UK. Jet2 operates a growing fleet of 737-800s as they phase out their older -300 models. This set depicts the “standard” Jet2 scheme on the 737-800 with the “Friendly Low Fares” slogan on both sides of the fuselage.  Our latest decal is available in both 1:144 and 1:200 scales, and it is offered in addition to our previously released Jet2 737-300 sets. 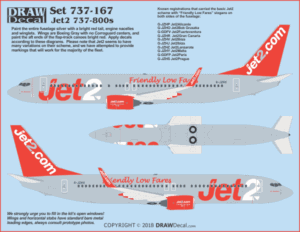 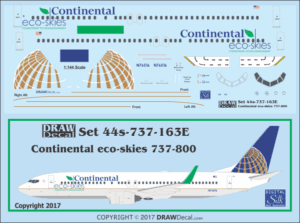 In 2011 Continental Airlines initiated a program to save fuel under the umbrella of their “Eco-Skies” program. Improved flight planning, single-engine taxiing, winglets and other initiatives are being used to reduce the airline’s total consumption of jet fuel. To commemorate the program, 737-800 N76516 had its livery modified with special “eco-skies” markings including green blended winglets.  Our decal is available in both 1:144 and 1:200 scales, click on either image to be linked into our secure store site. 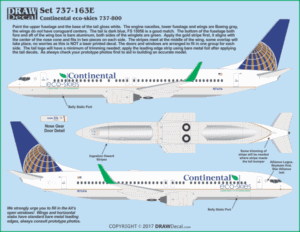 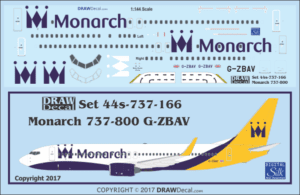 Luton-based Monarch Airlines was the fifth largest UK airline, and in October 2017 became the largest British airline to collapse. Prior to the collapse, Monarch signed a deal to replace its then all-Airbus fleet with the 737-8MAX.  Prior to the expected delivery of the 737-8MAX, Monarch leased a single 737-800 from Pegasus Airlines to aid in crew familiarization which this decal depicts.  Our Next Generation DIGITAL Silk decal is available in both 1:144 and 1:200 scales, click on either image to be linked into our secure store site. 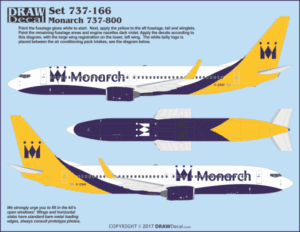 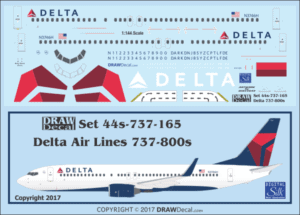 Delta Air Lines operates 77 of the -800 model of the venerable 737 including some recent second-hand frames from GOL. Our set provides markings for the any ship in the entire Delta 737-800 fleet including the new white belly logo now starting to appear on the fleet.  Our latest Next Generation DIGITAL Silk decal is available in both 1:144 and 1:200 scales, and it includes lettering for any 737-800 in the Delta fleet.  Click on either image to be linked into our secure store site. 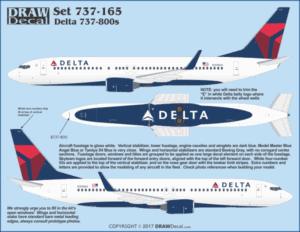